The Origin of the Slip Dress

The world initially saw the slip dress more as an undergarment than an outing piece back in the day. It was seen as a piece limited to the bedroom. Also, it was the intimate part of a home rather than a casual piece that you could rock to different places of the wearer’s choice. Until the late 1990s, it took over the fashion industry, and some of the biggest clothing brands and designers decided to debut it on runways. None more memorable than in John Galliano, whose debut design for Dior was a lace-trimmed slip dress worn by Diana, Princess of Wales in 1996; Calvin Klein and Narciso Rodriguez.

This proved to be a moment of history for slip dress enthusiasts. Their favorite piece happened to be worn by some of the most visible women on the planet, opening the door for a wider following and massive acceptance. Slip dresses are part of the late twentieth-century underwear-as-outerwear trend, which saw some of the most intimate and revealing outfits worldwide fame and a growing acceptance.

It was worn by some of the world’s most photographed women, including Kate Moss, Courtney Love, and Princess Diana. These days they’ve been more readily accepted. It’s almost unheard of to see a fashion campaign without an array of slip dresses, as all the leading brands are jumping on the trend. You don’t have to look further than the Versace spring 2021 ready-to-wear collection included slip dresses with a beachy theme.

So, How to Alter a Slip Dress?

Slip dresses are some of the most casual outfits you can find there. They embody the late twentieth-century trend of less conservative, more fashion-forward. It’s not all the time that a person can get a perfect slip dress. There might be a few things to adjust and a couple of steps to follow in the process. Here we’ll show you the intricate steps involved in altering your slip dress to the perfect specification. That way, you’ll never have to worry about purchasing one slightly more significant than your frame. Instead, you’ll become a stylist in the truest sense.

Step One: Measure Yourself

You’ll need a measuring tape to get this done. You’ll take all your essential measurements, namely the hips, bust, and waist. It would be best to get someone knowledgeable to take such measures, as more hands are better in this scenario. Once you get this done, you’ll put down the measurements and go to the next step.

Now that you’re done measuring yourself (assisted or non-assisted), it’s time to measure your slip dress. You’ll also measure the hips, bust, and waist, making sure you do this independently. This step is crucial. It’s necessary to get the exact measurements to avoid trimming down the slip dress too much than necessary.

Step Three: Understand How Much to Alter

An alteration is an art form, and not too many people have mastered it. And what more, the best person to alter your slip dress is you, the wearer. The next step is to subtract your body measurement from the slip dress measurements. ensuring that you get the job done in the most artistic way possible. This involves the three essentials once again, namely the hips, bust, and waist. Ensure that you divide each number that you desire to tuck in by two, as that’s the amount you’ll be taking in on each side of the dress.

Step Four: All About the Seam(s)

Once you’re done taking the measurements and calculating the necessary, it’s time to work on the seams. First off, you’ll mark the new seam by turning your slip dress inside out. Utilize your sewing pins to take down the amount of bust you’ll be altering on both sides. You should repeat this step on both sides to get a proper fit.

Next up, you’ll draw the new seam line. This will entail you removing a new seam line that perfectly follows the trajectory of your body measurement (see why it’s good to do it yourself). Do this for your hips and waist. All your body curves must be taken into account, as that’s the only way you’ll achieve that flattering feel that a slip dress ought to guarantee.

Further along the line, it’s about time that you pin the seam line. This entails you bringing back your sewing pins. Pinning the front and back of the dress, and utilizing the new markings, as this would ensure that your slip dress is ready for all essential finishing touches.

After that, you’ll use your well-optimized sewing machine to sew along the pinned and marked lines you drew in the earlier steps, ensuring that everything is accounted for. This is all so important in creating a new seam line for your skip dress. Do this on both sides, and then you’re good to go.

To complete the seam stage, it’s high time you try on the dress, as that way you’ll be able to know what needs to be altered or whether it’s perfect the way it is. If it’s too significant when you try it on, you have to draw a closer line and see. But if it’s too small, then you’ll let out the dress by sewing a line further out. Once you’re satisfied with the new slip dress measurements, it’s high time you cut out the new seam allowance you so elegantly created. Ensure that you leave reasonable freedom on each side of the slip dress, preferably a quarter to half allowance for flexibility.

You might be thinking that what’s there to finish in a slip dress, and why can’t we rock it after the precise alteration of such a dress. Well, finishing is just as important as the measurements and sewing, the reason being that it’s the finishing that determines the final outlook and elegance of the dress. Ensure that you finish the alteration process by turning the dress inside out and pressing the seams with a lovely iron press. Do that to flatten the new seam, and you’re good to go. Behold, you have a nicely altered slip dress to rock however you desire!

Slip Dresses are some of the most elegant pieces out there. They could be quite the fashion statement you can pull off. However, just like most dresses on the market, you might find a slip dress that tickles your fancy, but it isn’t precisely your body size. That’s the beauty of altering, as you’re the author, stylist, and person in charge of how your outfit would look on your body. Now you have an idea on how to alter a slip dress. It’s essential to follow all the steps with due diligence.

Skipping an action might lead to unforeseen circumstances such as a wardrobe malfunction, an ill-fitting outlook, and an uncomfortable stride. That’s why we advise people to alter slip dresses to go for the best, be it you or an outsider tailor. That way, your slip dress would fulfill the purpose of purchasing it: to look sweet, elegant, and classy with minimal effort made! Simply put, you can call it the slip dress effect.

dress alteration how to slip dress 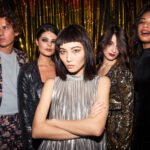 6 Unique Wedding Dress Ideas We Think You Would Love

How to Dress Up For an Engagement Party: Creative Ideas for Brides and Guests

How To Look Thinner In a Wedding Dress: Look Beautiful on Your Special Day